Planning saltwater trips months in advance is always a gamble. You can pick dates during historically better fishing months than others, but mother nature always has the final say. Sometimes the wind blows for days. Sometimes the rain comes down in sheets. Sometimes it's too hot, others it's too cold. If you go on enough fly fishing trips, it is inevitable. Eventually, a guide will tell you, "you should have been here last.....". Luckily for us, this wasn't that trip. Considering the weather the week before and after our trip, our timing couldn't have been any better. Thanks to massive cancelations of flights, 2 participants ended up having to get dropped off from Texas, but that may have been the last wrinkle of the entire trip. We were still all settled into a fantastic house with a dock on the bayou in time to make dinner. We hung out and talked fishing for a little, but we went to bed early in anticipation of the next day. 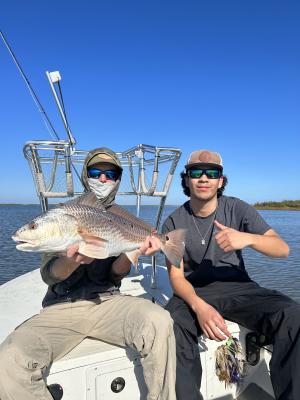 The week before our trip saw sub-freezing temperatures across most of the country, including southern Louisiana. Within seconds of arriving at the dock, I was amazed at the change in the water clarity compared to our trip last year. The silty brown water was now so clear it looked black, like the muddy bottom beneath. Redfishing on the fly is a sight game, so things looked good. As we loaded the boats, two anglers and a guide on each, the air was warming up into the mid-50s, but the water still hovered in the high 40s. We spent the day moving and searching for big bull reds with almost perfect visibility but only found "slot fish' in the 16"-30" range. Despite the cold water, these fish were eager to eat like redfish are known to. Two of three participants had caught redfish before the trip, but these "small" Louisiana fish were still the biggest any of them had ever caught. They were the perfect primer for targeting bull reds on the fly. 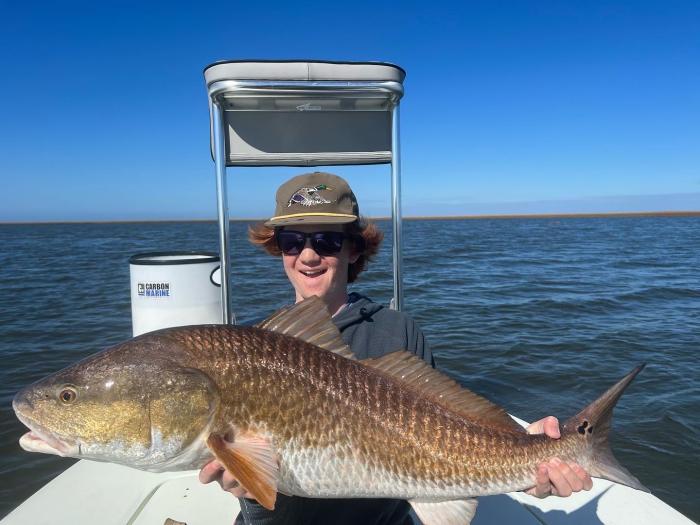 As we headed out of the marina on day two, the water temperatures were back above 50 and warming. Our hopes were hi, and after checking a few spots, both boats spotted bulls soaking up the sun as they floated near the surface; getting them to eat was another story. After a day of practice, everyone put the flies in perfect spots, expecting aggressive redfish eats. Instead, the fish slowly followed our flies to the boat, sometimes kissing them before turning off. Seeing plenty of fish made the day fly by and helped the group practice new skills. It took patience, but we finally found some fish on the feed, and everyone broke their record for best redfish for the second day in a row.

As if we had scripted it ourselves, everything came together on day 3 of 3. As we left the marina, the sun was shining, and the water had already climbed over 55. We went from not seeing bulls on day one to seeing them but having to force them to eat on day two. Hopes were high that today would be the day the big fish turned on. It didn't take long to notice a difference. What seemed like barren flats on day one were now loaded with fish. There were pods of 2 or 3 big reds cruising around looking for food, and while some wind made casting difficult, the group was dialed in and up to the challenge. Everyone caught their largest redfish on the fly for the third day in a row, and some large black drum kept us busy between reds. 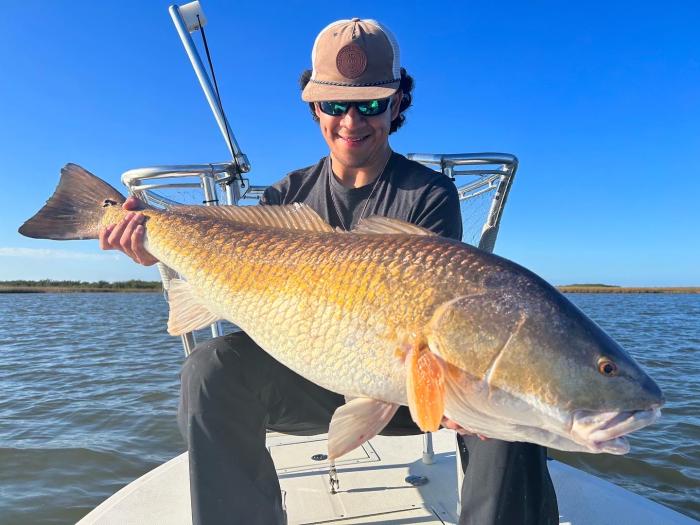 The group was all smiles that night as we feasted on a shrimp boil with our guides. In fact, there were nothing but smiles the entire trip. Whether helping cook and clean dinner or standing on the bow for 30 min without seeing a fish, the positive attitude never stopped. They were a fantastic group that would have a great time even if the big fish never bit. That is what made it so great when they did. 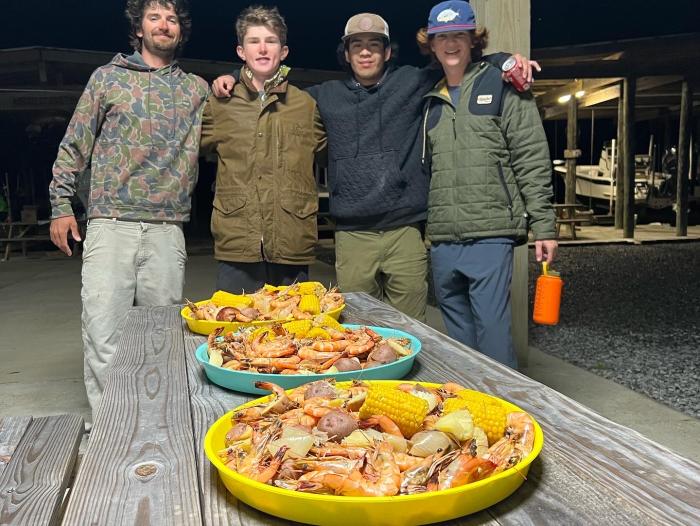