Descending Eastward from the Berkshires, our group traveled to the hollowed fishing grounds of Cape Cod. Along the way, we made a pit stop at Concord Outfitters to re-stock on salt water flies. The kids enjoyed talking with the fly shop employees about their time in the Berkshires and their upcoming salt water adventures, and browsed through the selection of flies, rods, and reels. 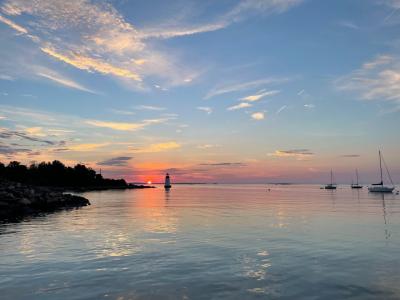 Camp was set up quickly when we finally arrived at Brewster, MA, and sleep came soon after a long day of travel. Tents were shaken at 4:45 the next morning, but the palpable excitement of the upcoming striper fishing quickly shook off the grogginess. The group met our local guide Patrick along the shores of the Brewster Flats, and we quickly descended through the dunes the fish the outgoing tide. 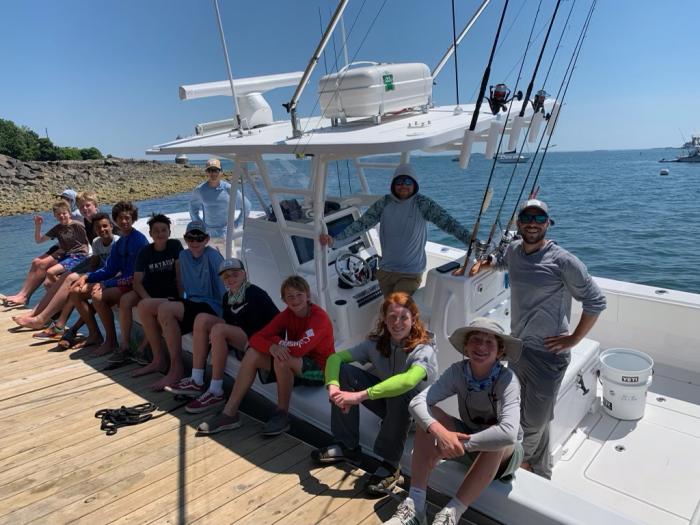 Saltwater fly fishing proved to be quite a change of pace from the streams and rivers that we had familiarized ourselves with. While a few fish were landed the first morning, we left the beach determined to connect with more fish the following day. After a much needed lunch, our group headed to a local kettle pond, one of the many glacier-carved lakes that dot the Cape Cod landscape. We had a blast fishing for Yellow Perch and Largemouth Bass, and took a much needed swim to cool ourselves off from the rising heat. 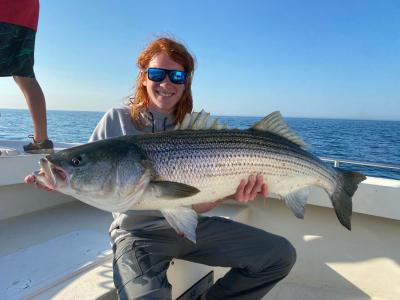 We met Patrick again the next morning, determined to catch more stripers. Several good fish were landed on the outgoing tide, but the bite didn’t fully pick up until hungry striped bass returned to the flats on the later incoming tide. By the time we waded back to shore in the early afternoon, most of the campers had landed a striped bass. Following fishing, we made a much-needed stop for some of Cape Cod’s famous ice cream, and then journeyed to the beautiful Cape Cod National Seashore. While taking in the vastness of the Atlantic, we played a friendly game of soccer and watch groups of seals patrol the shoreline. 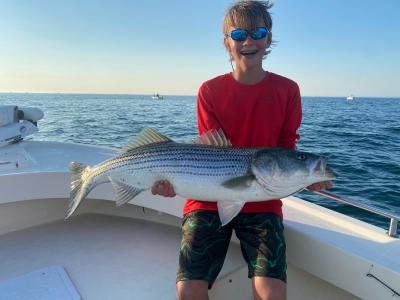 We arose early the next day for our last morning of fishing the Brewster Flats. Once again, the later incoming tide brought in waves of fish. We had several hours of adrenaline-pumping action, in which numerous striped bass would follow and inspect our flies on almost every cast. While the fish were picky, we connected with plenty of them. The sounds of laughter and screaming drags serenaded the flats.

After fishing, we traveled off the Cape to Massachusett’s North Shore region. The following day the campers went out on their much-anticipated charter trips. Our captains did not disappoint, putting everyone on fish, including some true monsters. Several 40 inch plus bass were caught, including one bass that stretch the tape to a whopping 48 inches. That evening, we celebrated the end of our trip with local seafood at the famous Woodmans Restaurant. Fish tales from the past two weeks were exchanged over cups of chowder and fried clams, and we happily returned to camp to watch a thunderstorm blow across the nearby bay. 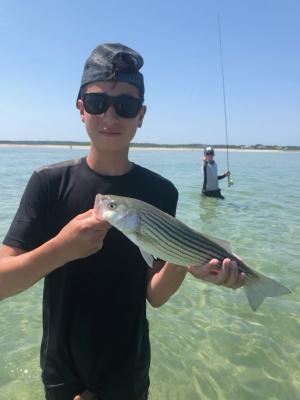 It was an absolute pleasure to have your son’s join us on this trip. It was amazing to watch their fishing skills develop and to see them land some amazing fish. We hope to see everyone again next summer! 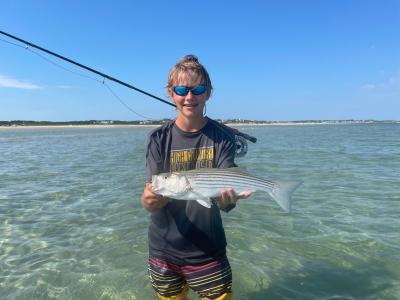 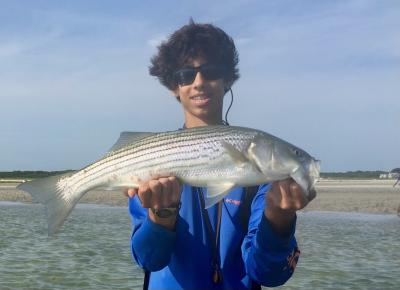