Greetings from Western Mass! The kids have had a jam packed couple of days on the Housatonic full of swimming, loads of fish, and great memories. The weather for the past couple of days has been sunny and perfect allowing for full days of fishing and fun.

To start, the group floated a beautiful stretch of the Housy slamming nice sized smallmouth from canoes. Everybody had a successful day of smallmouth fishing, but the pike were a bit trickier to catch. Everyone was stoked, especially those who caught their first fish from a canoe. Following that, we posted up camp at the sweet Housatonic Meadows campground on the Connecticut border right along the river. 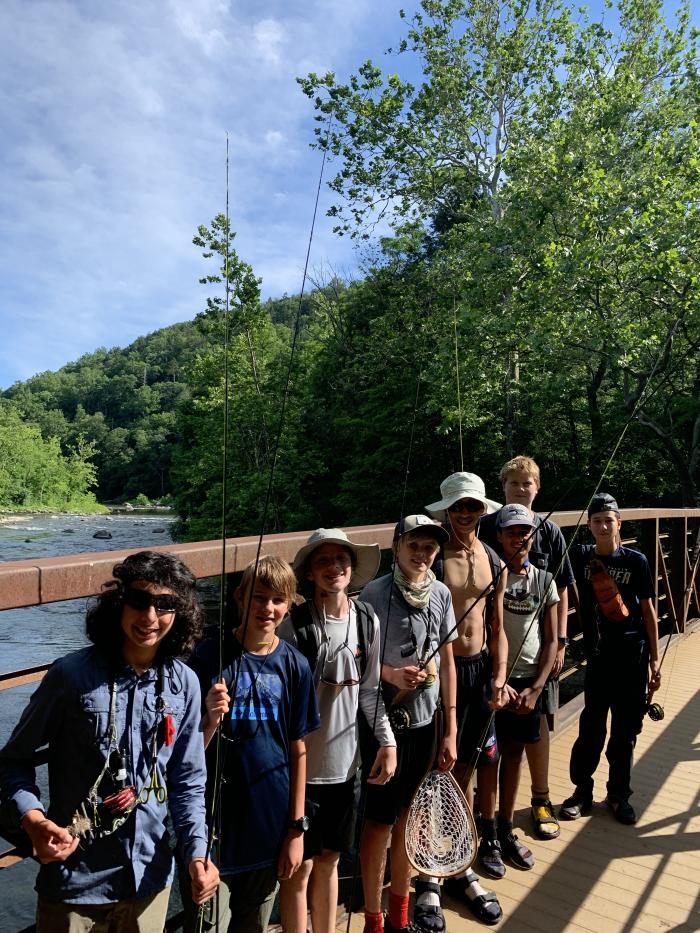 Having a river steps away from our tents has its perks, as the group fished the river for rising brown and rainbow trout before a pancake breakfast. We loaded up the canoes and floated yet another full beautiful day. A yummy stop for some pizzas at a local shop capped off the night as we went to bed admiring the fireflies underneath the full moon. 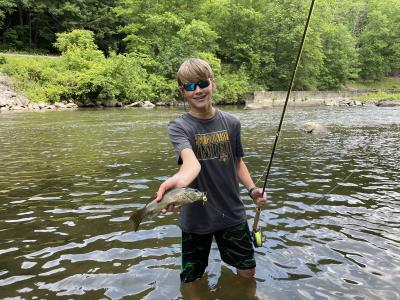 The kids fished the morning right by camp while the water was cool and slayed some impressive rainbows and brown trout. Further down stream, a majority of the group fished along the Appalachian trial, resulting in double-digit numbers of smallies for most campers. A long swim to cool off followed a great day of fishing. Further upstream a smaller group of super dedicated pike fisherman worked the banks from a drift boat and had immense success with trophy fish. Their smiles say it all. 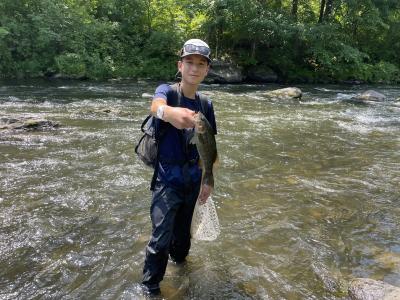 After a yummy dinner of Buffalo Mac n cheese (a Lillard camp favorite) the kids went to bed satisfied and eager for a drive to Cape Cod for a switch to saltwater striper fishing. 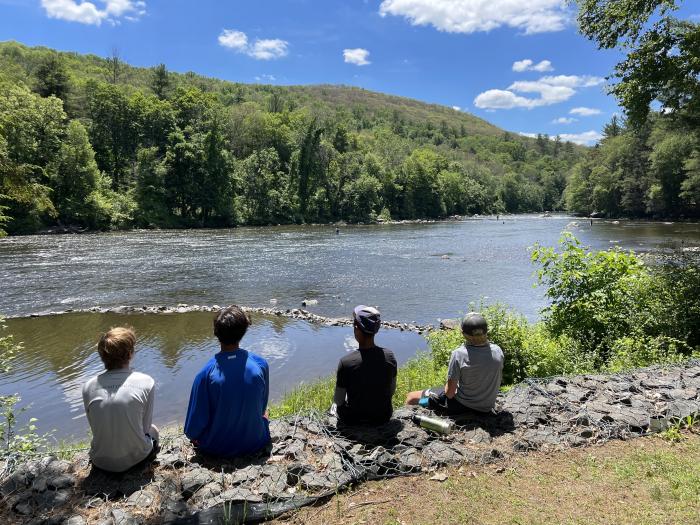