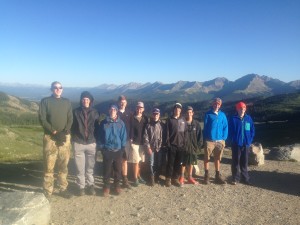 The boys on top of Cottonwood Pass and the Continental Divide" /> 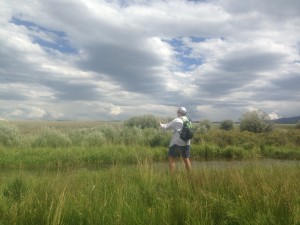 Baker, working his cast on the Cochetopa" />

The last 6 days have certainly been a whirlwind. Monday saw the group come together at the airport and make the long drive into the heart of the Colorado Rockies. We arrived at our campsite late in the evening where we were able to take advantage of the last remaining rays of sun and catch some trout before dinner and bed. Tuesday we continued on our way to southern Gunnison and northern Sauguache counties to camp and fish until this morning. 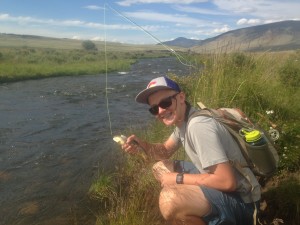 Alex showing off a Cochetopa Brown" />

After arriving at our campsite for the week, we set about learning our knots and perfecting our casts at our campsite and the adjacent trout stream. I am proud to report that this group of guys are probably the most enthusiastic group of young fishermen I have ever had the pleasure of guiding! It is up at sunrise to fish, and the fishing lasts until late in the evening, and then even more after dark. After our day of learning the basics we spent a full day fishing Cochetopa creek. The guys took to it immediately, and everybody was pulling in eager Brown trout in no time. 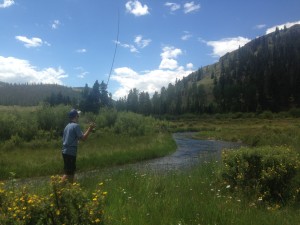 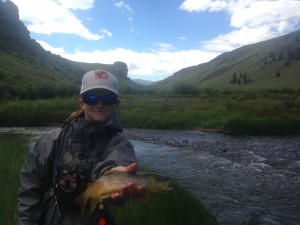 Nick showing off one of his many trout" />

Over the next few days we spent time fishing around our campsite, the Cochetopa, and the much smaller Los Pinos creek. The guys managed to haul in an impressive amount trout. Overall the group caught mostly Brown trout, but we also pulled in some Rainbows, Brook, and even a few native Cutthroat trout! 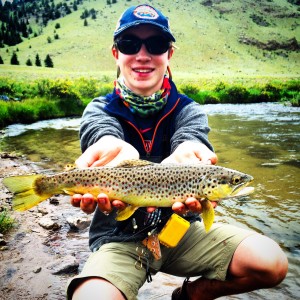 Ben, with one of the nicer fish we landed" />

We are back in the front country for a couple of days to re-supply, shower, do some laundry, and of course do more fishing. We will be camped near the town of Crested Butte, where we hope to pull in a few trophy Browns and Rainbows. As an added bonus, the late winter and wet summer have produced a wildflower bloom for the ages! So we will be taking a hike into the high alpine of the Maroon Bells Wilderness to take in the colors and epic views that are sure to amaze. Stay tuned for the next update before we begin our next backcountry section.