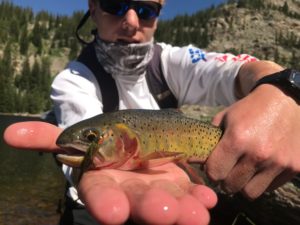 It has been an action packed six days since the beginning of the Rocky Mountain Expedition!  Its hard to believe that less than a week ago we were hanging out in the airport considering all we have done and seen. The trip truly got started on Friday the sixth when we entered Rocky Mountain National Park to conduct our fly fishing seminar.  We got started by learning and perfecting the basic knots and casts needed to be successful at fly fishing, then after a quick lunch, we set about searching for trout along the headwaters of the Colorado River.  I must admit that the fishing was a mixed bag.  Everybody caught fish, but those of us who were higher up the river (upstream) seemed to do better. I believe this was due to the extremely low water year we are experiencing in Colorado.  Trout thrive in cold water, and the lower reaches of the river were noticeably warmer than the upper stretches. This tidbit of information led me to believe that the fishing in the backcountry would be much better, and we were not disappointed. 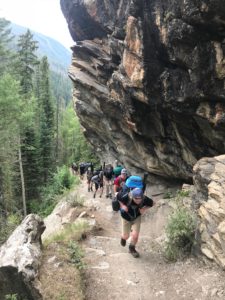 On Saturday we broke camp, loaded up our packs and headed to our trailhead for the first backcountry stint of the trip.  We hiked approximately six miles into the wilderness of RMNP to reach our campsite for the next three days which was situated along a beautiful rambling high mountain creek.  After setting up camp, the guys fell about fishing, and were quickly rewarded with colorful native Colorado river cutthroats.  The fishing was still a bit slower than expected, which made me think we needed to push even higher in elevation to find the truly epic fishing we were in search of.  We capped the night off with a huge and delicious meal of peanut chicken stir fry and some backcountry cheesecake before crawling into our sleeping bags for some well deserved sleep. 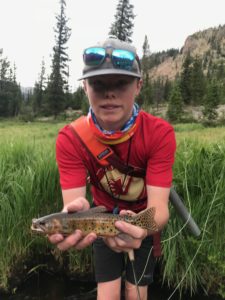 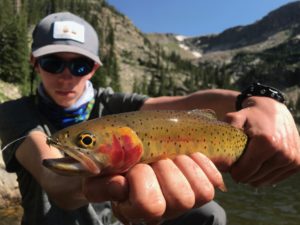 The next morning we woke to beautiful weather and prepped our daypacks for a full day of fishing in the high alpine.  After a quick oatmeal breakfast, we headed out on the trail only to quickly leave it behind to bushwhack and scramble up into one of the most stunning and secluded areas of the park.  Though only 6 or 7 miles from the trailhead the hanging valley we ventured to is seldom visited by humans, and almost never touched by anglers.  Surrounded by soaring peaks and rock faces this place truly is an alpine paradise.  And to top it off, it is brimming with hungry cutthroats.  Most of the crew stayed in the valley to nab these gorgeous fish while a few of us decided to explore a little bit further.  We headed up out of the confines of the valley in search of a high alpine lake rumored to hold monster fish.  The climb was arduous, and we unfortunately discovered no fish, but to say that views were spectacular would be an understatement.  We took a quick nap in this shangri-la, then retreated back down to the valley to join our comrades in catching more eager cutthroats.  With storm clouds threatening we came back to camp to fill our hungry stomachs and finished up dinner just in the nick of time.  Right after we retired for the night, the skies opened up on us with an amazing display of lightening and some sorely needed rain. 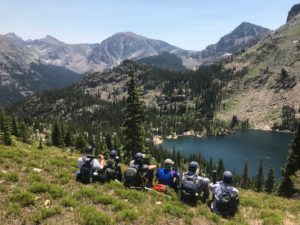 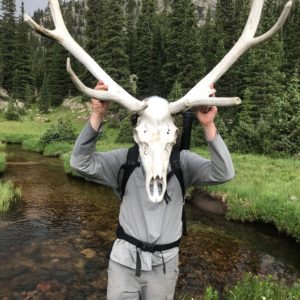 On our last full day in the backcountry we split up into two groups. One group stayed in the valley to fish the rejuvenated creek and bagged plenty of colored up cutthroats while the other group set out once again for the high alpine lakes that hold the larger cousins of the valley fish.  Needless to say that group was not disappointed.  Upon reaching the target lake for the day, we quickly spotted large cutts cruising the banks in search of food, and we obliged them with our flies.  We quickly lost count of the number of fish we were catching, and were simply dumbstruck at the amazing colors of these special fish.  After hitting the lake hard for about 4 and a half hours we reluctantly left this anglers paradise to regroup and feast on some backcountry pizzas and more cheesecake.  With sore legs, full bellies, and memories of stellar fishing we hit the hay ready to return to civilization.

Today we hiked out early in order to catch the France vs Belgium World Cup semi-final (one of our students is French… Les Blues Won!), re-supply, shower, and do laundry.  Tomorrow we head over to the east side of the park to conduct our service project with the trail crew of RMNP, then it is back to the west side for even more high alpine fishing on our second backcountry of the trip.  It seems like this crew loves the fishing so much that we may extend our backcountry by one night.  So look for our next update in either 5 or six days depending on the guys decision (Will will let you know when we go into the backcountry).  And until then…

Tight Lines, Charlie and the crew