Greetings from the Montana Road Trip Adventure! We have had a great start to the trip. After gathering everybody at the airport, we headed down to HQ in Ennis, where we started the trip off strong with some pizza, rigging, and knot tying lessons in preparation for the next week. The following day we woke up bright and early to fish the famous upper Madison River. While the fishing was a bit slower than we hoped, we still used our time wisely to practice casting, mending, and some basic bug entomology. After a big day of fishing, we headed back to HQ for some well-deserved stir fry before heading to the ultimate frisbee field for an evening game of frisbee. We all then enjoyed post-game ice cream before winding down for the night. 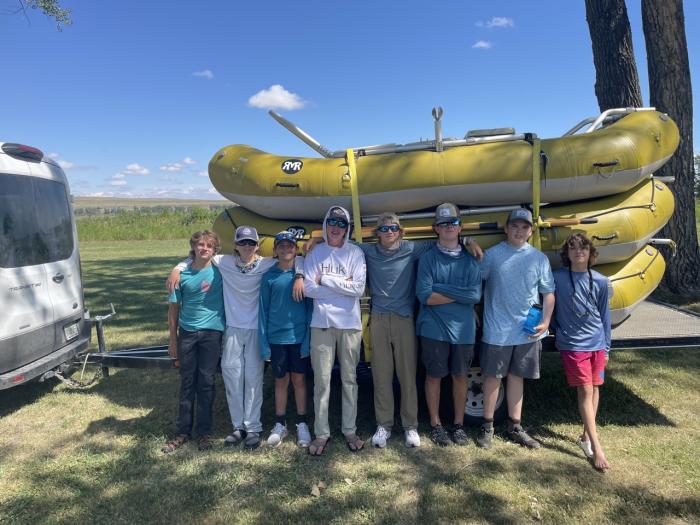 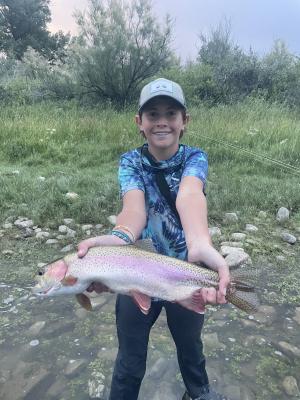 The following morning we loaded up our rafts and packed the trailer for a big haul over to eastern Montana to fish some world-class tailwaters. We arrived at cottonwood camp and quickly set up camp, excited to get on the water. After we set up camp, we hit the water for a 3-mile evening float. We hooked a bunch of fish, landed a few, and tasted how incredible this fishery is. That night we made some brats and hit the hay after a tiring day of travel and floating.

The following day we set our alarms a little later and let the mad rush of guide boats put all their boats in the water and float downstream. We put in a few hours later and had the river all to ourselves that afternoon when the fishing heated up. And it did! After breaking off some good fish in the morning, the learning curve started to kick in as we began to land more of the big fish after lunch, including several over 20 inches! We stayed on the water, floating and catching fish into the evening as the wildlife along the river started to come out of their daytime hiding spots. We saw some deer crossing the river along with a few beavers, herons, pheasant, and osprey. After finishing the float, we returned to camp for a shower, some buffalo chicken mac and cheese, and s'mores around the fire pit before bed. 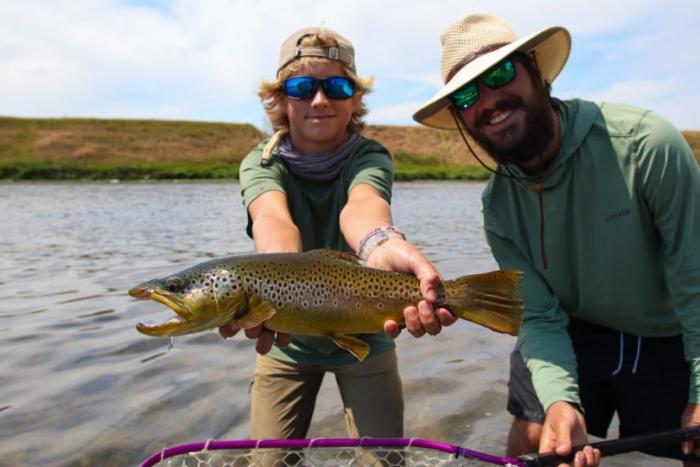 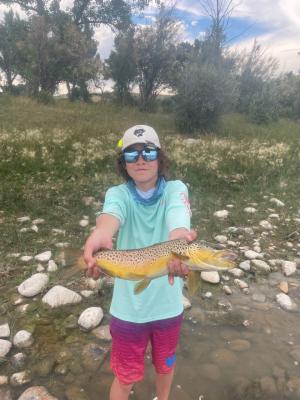 Today we have another ultimate frisbee game planned for the morning before another afternoon float on the Bighorn. Tomorrow we will load up the trailer again and head back west towards Bozeman to fish the Gallatin river for a day. Then we will head back to Ennis and HQ to set up camp before heading over Ennis pass through Virginia city to fish the world-famous ruby river for the remainder of the trip. The group has already made huge strides towards our goal of becoming confident, independent anglers, and we are excited to watch them continue to progress.

Pat, Henry, Max, and the gang