Hello again from the Montana Road Trip. It is hard to believe how fast this trip has gone by. After a great few days of fishing on the Madison River, we packed up camp and headed to a smaller and less pressured stream outside of Ennis. 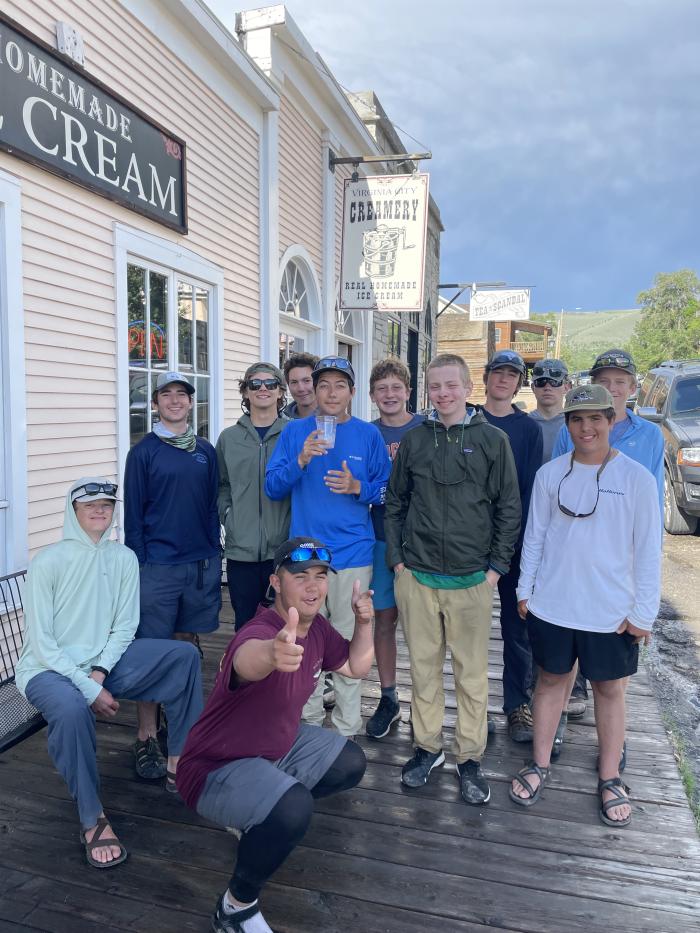 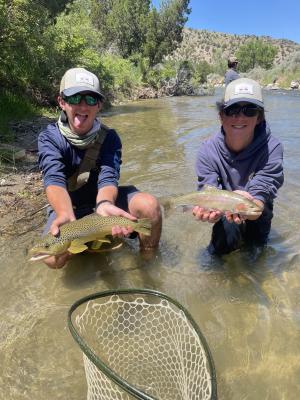 Our first day on the Ruby involved us splitting into two groups to fish in two different sections of the river. The group that chose to go upstream ended up doing quite well, finding fish on streamers and hoppers. While that group was crushing it upstream the other group headed downstream to sight fish some very large fish. While the fishing was a little tougher, many large fish were spotted and several brutes were hooked. The next day we decided to head downstream together in hopes of finding more of the massive trout we had spotted the previous day. It did not take long for us to get into the fish. Just fifteen minutes into the day people were already doubling up with fish and multiple fish to twenty inches were caught. As the water started to warm up the notorious PMD hatch occurred and we were able to time it perfectly. The Pale Morning Duns, or PMDs, are a premier summer mayfly hatch. Coming off from late June through late July, the Pale Morning Dun Hatch in Montana brings big fish to the surface with its intensity and consistency. In the mornings we would fish emergers and nymphs and as it got later in the day we changed tactics and threw spinners until the fish finally stopped rising. After that, the fish were crushing PMD nymphs for us all afternoon. We also found quite a bit of success throwing big streamers for the more aggressive and territorial fish. Our last day of fishing there was one of the best days of fishing we have ever seen! Some very large rainbows and browns were landed. Fish were crushing nymphs and large stonefly dries, and a few really solid fish were taken on streamers as well. It’s safe to say everyone caught some of their nicest fish of the trip in the past couple of days. 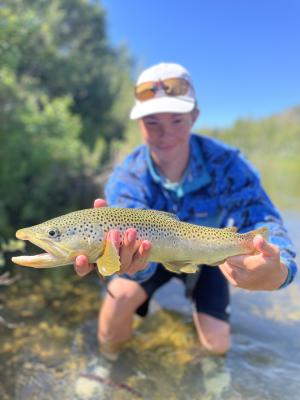 We packed up camp after getting off the water and celebrated our trophy trout with fresh homemade ice cream at the Virginia City Creamery. We moved camp back to the Madison River and decided to stay out a bit later than usual to take advantage of the full moon and hunt for large, nocturnal brown trout. We had great success during the evening targeting some of the bigger fish the river holds with mouse flies, streamers, and salmonflies! Today we slept in, had a large breakfast of pancake, sausage, and egg sandwiches, and spent some time doing laundry and gear cleanup. After that, we went down to valley garden access on the Madison to swim and fish in the evening. The boys are super excited for tomorrow’s float trip on the famed Madison river that we have come to know so well. If it fishes anything like it has on foot, it should be a killer day out there.

After the float, we will make our way back to Bozeman where we will camp at the Bozeman Hot Springs to shower, rest, and enjoy the final banquet dinner that we have all been looking forward to. We will be bringing fried chicken back to camp from Roost, one of the most popular places in Bozeman and home to some of the best-fried chicken anywhere in Montana.

It’s been a really awesome trip and we’re sad to see it coming to an end, but we will finish this trip with a bang!