Greetings from Ennis Montana and the Montana Road Trip Expedition,

We’ve had an amazing few days fishing on the mighty Madison River from our base camp in Ennis, MT! Ennis is surrounded by three beautiful mountain ranges: the Madison Range, the Gravelly Range, and the Tobacco Root Mountains. In addition to its majestic mountain view, Ennis also offers access to some of the best fly fishing in the state and country by the way of the picturesque Madison River, renowned for its first-rate trout fishing. 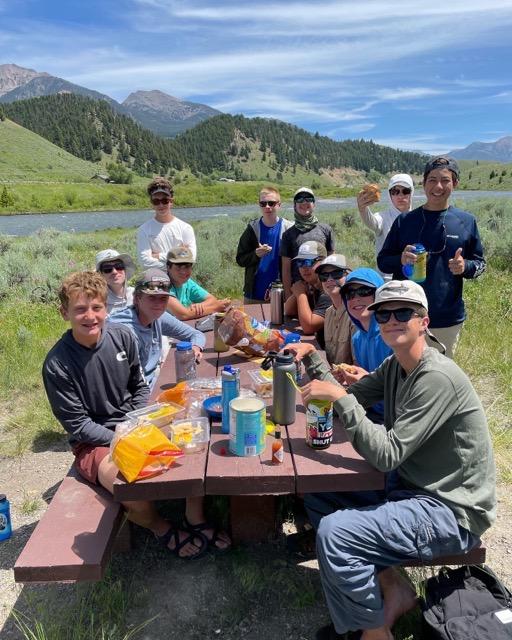 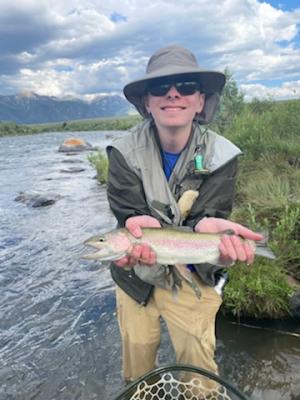 For the first couple of days, we decided to hit some of the upper sections of the river around Raynolds Bridge and the legendary Three Dollar bridge. Here we sight fished big brown trout and rainbow trout with big hoppers and flashy nymphs. Golden stones, caddis, PMDs, and smaller mayflies were all coming off at various times leading to excellent fishing. Everyone in the group pulled some nice fish, with multiple fish over 20 inches getting landed.

The following days we decided to go lower on the river around Westfork to try and find the hatch of Salmonflies. The salmonfly is a large stonefly (Pteronarcys californica) with an orange-hued abdomen that inhabits heavy riffles of large freestone rivers across the Western United States. The large insect spends 3 years living as a nymph in boulder-strewn heavy riffles before crawling to the banks just after runoff has ended in the early-mid summer. Salmonflies exist across the US, but large-scale hatches only occur in the west and it is one of the most exciting times to fish for trout as they gorge themselves on 3-4” long adult salmonflies. We threw big salmon fly patterns that floated on top of the water, while also attaching another fly to the back of the salmon fly to effectively reach the bottom of the river. With this “dry-dropper tactic,” we were able to land some of the biggest fish of the trip so far. 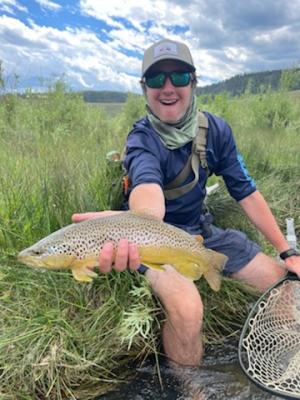 Today is the 11th, and we decided to wake up early and head west to fish some smaller water. Conditions are low and clear, but we expect lots of rainbows and browns to be munching on hoppers. Additionally, there will even be legitimate opportunities to catch native Westslope Cutthroat and Arctic Grayling. We plan to spend a few days camping near a reservoir where we can cool down in the afternoons and fish in the evenings. It’s hard to believe we’re about halfway done with the trip! We are all looking forward to the fishing that is yet to come.