Greetings from the second ever Montana Road Trip. Our crew includes some returning LFFE all-stars as well as some first time soon to be all stars: a perfect group to take on the big, challenging wild trout Montana is known for. It is hard to believe we are nearly a third of the way through our trip already! 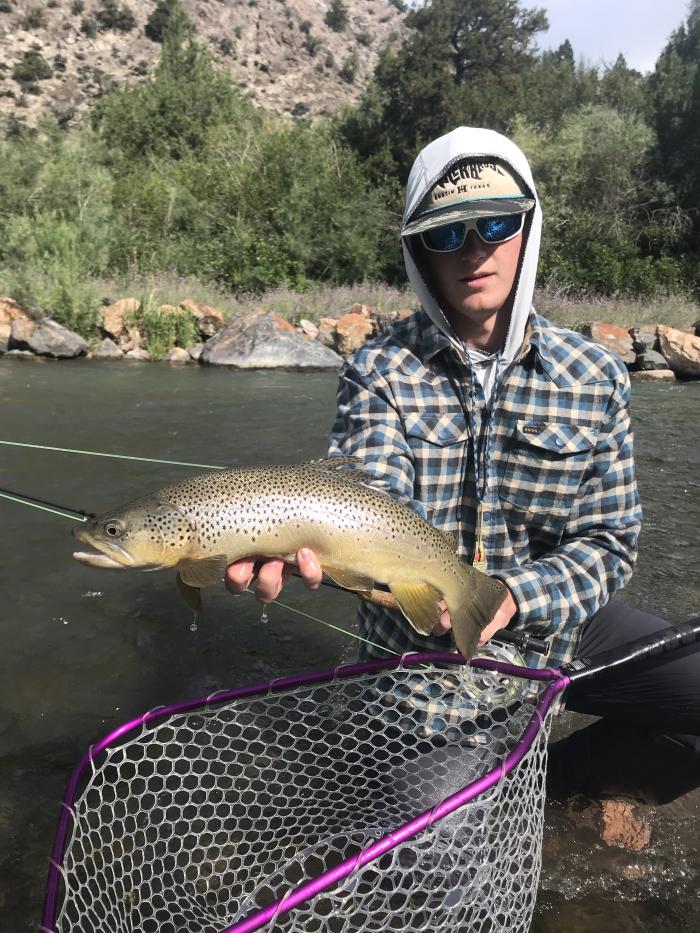 So far we have been camped along the Madison River, arguably the most famous trout stream in the lower 48 and possibly the world. Thanks to Montana's foresight to stop stocking any water with reproducing trout the Madison is home to some absolutely massive wild fish. The fish are big, beautiful, and plentiful within the Madison's fertile waters. Blacket hatches of mayflies and caddis keep these fish well fed and ample angling pressure makes the fish well educated, although our boys have already proven themselves to be up to the task.

After arriving at the airport we spent the first night on the lower Madison, were we joined the "rubber hatch" and floated down in inner tubes. It was the perfect way to get to know each other while beating the heat on the lower Madison. The next morning the group packed up camp and headed to fish a well-known access on the upper Madison. The fish were big and tough; some eluded capture while others were not so fortunate to escape our nets. After a delicious dinner, the group returned to the same access. By the end of the impressive evening hatch every was on the board with some wild Montana trout. 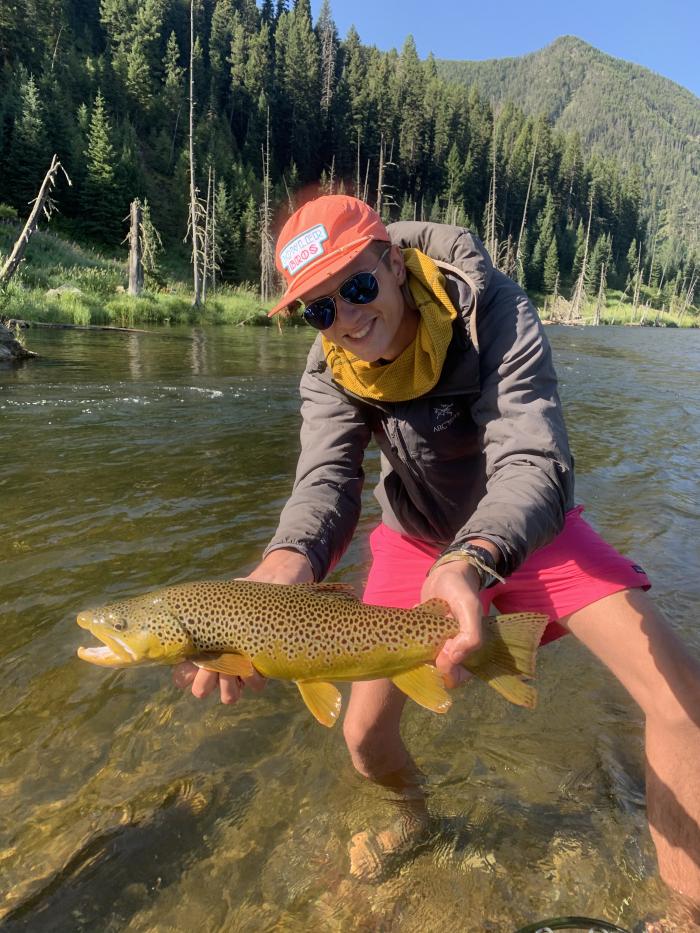 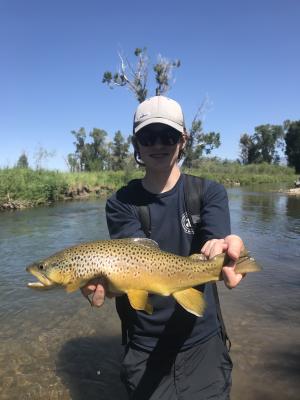 The next two days the group split into to groups, with each group fishing with two of the guides. Oliver/Ethan took a group to move around the Madison while Pat and Will Y took a group to fish a small tailwater known as Ruby Creek. The following day the guides fished the same water but the groups switched locations. Both groups caught big fish at both locations but a 21" Madison River brown trout to the crown despite a much larger fish getting hooked on the Ruby. Another participant fought a unseen behemoth that raced up and down stream at will. Eventually breaking the line. The rapid water of the Madison has proven to be fruitful but challenging, and pulling a large trout out of this heavy current is no easy feat.

The next few days we will continue to explore various stretches of the upper Madison while we progressively get more and more dialed ion on this beautiful river. Hopfully, we can break the magic 20" mark many more times. After the Madison, we will move to another campsite on the Yellowstone. From there we will have access to wade fish the Yellowstone River as well as Yellowstone National Park. We look forward to taming some more beasts the next