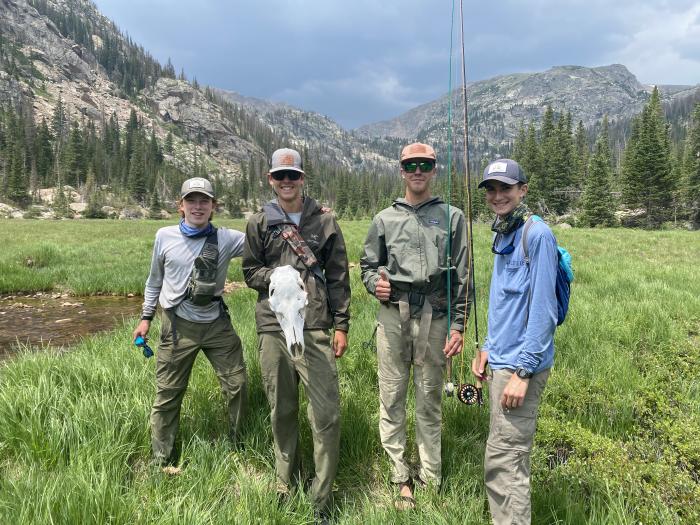 The Rocky Mountain Expedition just finished their second backcountry and it did not disappoint! We hiked up the North Inlet of Grand Lake in Rocky Mountain National Park, which was impacted by the East Troublesome Fire last fall. Luckily, our campsites were not affected by the fire and the fish population is still thriving. It was a bit eerie to hike through a recently burned area but that also made the hike a bit more memorable. 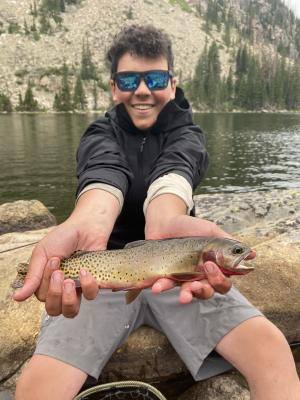 On the first day we hiked to a place named the “Big Pool”, where we had lunch and each camper caught a native Colorado River Cutthroat Trout. From there we headed to our first campsite that was less than a mile past our lunch spot. We set up tents and fished around camp until dinner, which consisted of Chicken Pesto Tortellini. After that we planned our day hike for the following day to Lake Pettingell and got excited for catching some larger fish. 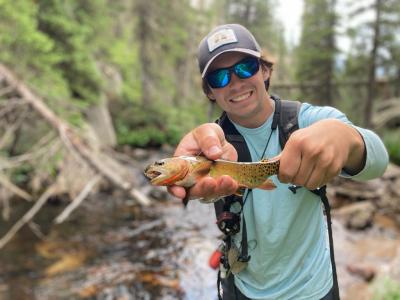 The day hike to Pettingell was not easy; we had to hike almost 4 miles uphill to get to Lake Nokoni, and from there we summited a ridge that put us at our highest elevation of the trip at 11,250ft! From the ridge we descended into Lake Pettingell, ate lunch and started fishing. The fishing was awesome, with most of the campers catching fish on dry flies all day long. After we caught all the fish that we could, we started the long journey back to camp. That night we had Chicken Stir Fry and shared stories from an epic day. 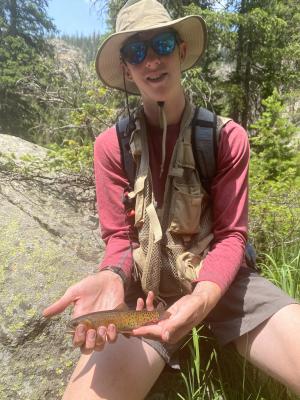 After our all-day adventure, we had a well deserved rest day. There was still some activity required, because we had to move our campsite for the night. Half of our group ventured down to Big Pool to camp, and the other half went to the neighboring site named Grouseberry. Each group went fishing, and some campers caught more fish than they could count. Both groups met at Grouseberry for the night and enjoyed a crowd-pleasing meal of Chili Mac.

Following our rest day, both groups hiked back to our original campsite and got ready for another day hike. This one was shorter than the first but much steeper. In under an hour, the group managed to hike a mile with 1000ft of elevation gain up Ptarmigan Creek. The reward at the top was the scenic Bench Lake, where we set up camp at started fishing. The fishing in the lake was great, but the stream above it fished even better. The area above the lake is a large meadow with a meandering stream, a place known as “The Wonderland”. This place did not disappoint, with Cutthroat in every pool and a panoramic view of the Rockies. After we hiked back to camp we cooked our final backcountry dinner, which consisted of instant mashed potatoes, stove top stuffing, canned chicken, and dried cranberries. Our spin on Thanksgiving dinner, which was followed by another Lillard classic of No Bake Cheesecake. 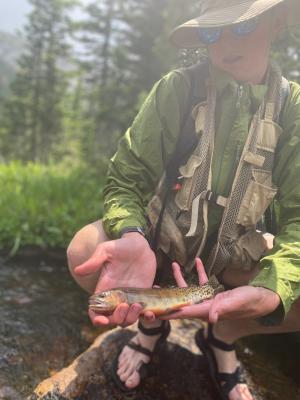 The next morning we hiked out and had a similar day to the last time we hiked out of the backcountry. That consisted of: getting ice cream in Grand Lake, taking showers, doing laundry, and eating brats for dinner. Next up we are heading to the Colorado River where we will camp, fish, and do our service project. Then we’ll head to Silverthorne for our final day of cleaning gear, visiting the recreation center, and having our banquet dinner. Stay tuned for another update and wish us luck on the Colorado River! 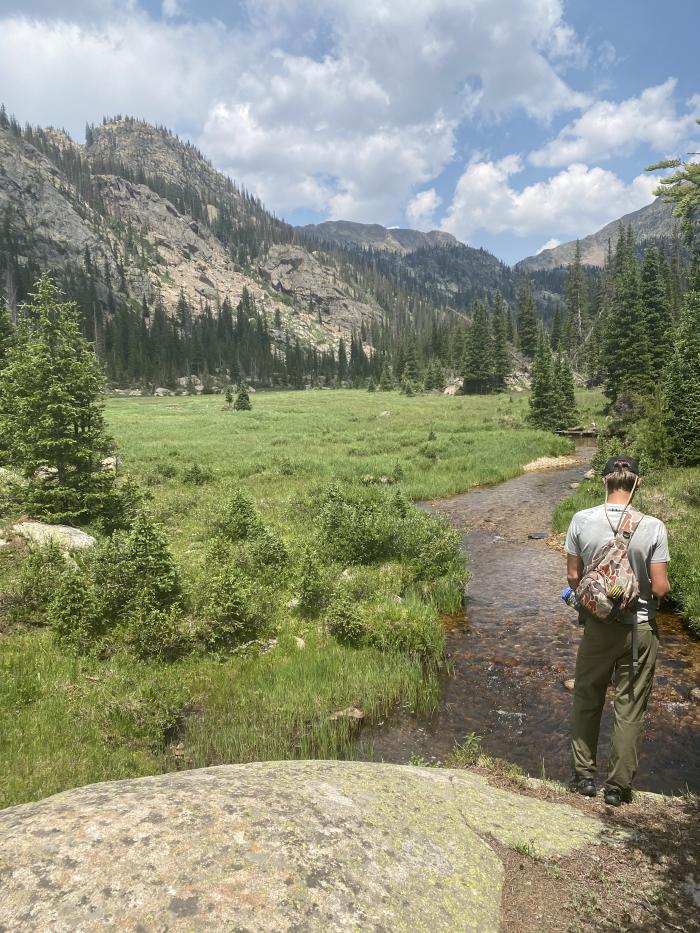 Jack, Remi, and the crew 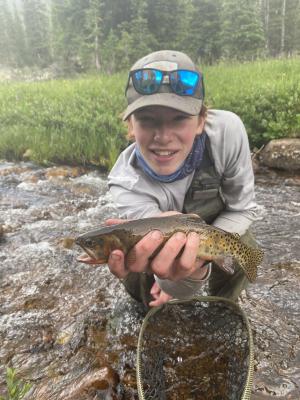 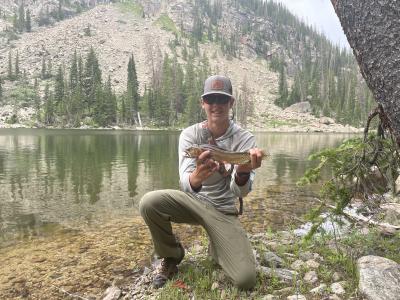