Greetings from the inaugural Thorofare expedition! 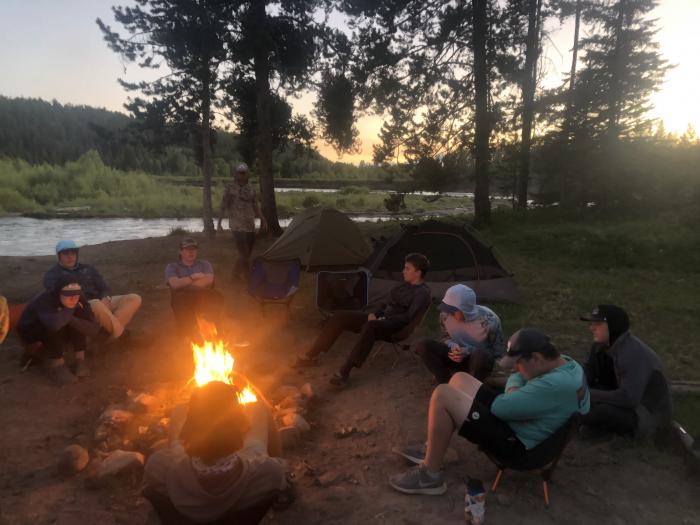 The crew has successfully made it out of the most remote place in the lower forty-eight! After picking up the kids from the airport, we traveled to the Varney bridge campsite on the Madison river to start backcountry prep and let the kids get to know each other. The next day was a day full of driving through Montana, Idaho, and Wyoming. After stops in Victor, Idaho for milkshakes and licenses in Jackson, Wyoming, we headed to a campground near the trailhead we would be hiking out from the next day. 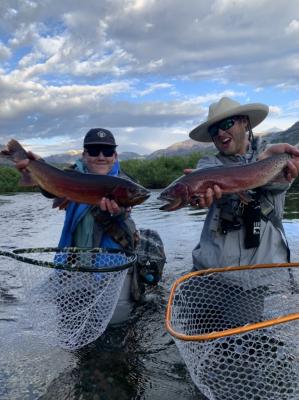 Our first day in the backcountry consisted of a nearly twenty-mile hike up to the summit of two ocean pass. The pass is famous for two ocean creek that splits into Atlantic and Pacific creek and flow into their respected drainages they’re named after. The next day the group woke up early and caught a few nice fish before we embarked on a five-mile hike into the heart of the wilderness area. The Thorofare is a special place because its home to the spawning grounds of the Yellowstone Cutthroat trout, a species that has faced several threats including devastating wildfires, overfishing, and most notably, invasive lake trout introduced into Yellowstone Lake in the early 1980s. At one point in the early 2000s, only two percent of the historical average of spawning cutthroat returned to the streams to spawn. However, after several years of mitigation efforts, the cutthroat have once again begun running up the mighty Yellowstone and its tributaries to spawn, and we were lucky enough to experience once-in-a-lifetime fishing. With nearly three full days, everyone was able to land a trophy cutthroat before delicately releasing them back into the river.

With the group’s legs-tired from all the miles hiked and fished, we decided to split the hike out into three separate days. Upon our exit of the backcountry at the Turpin Meadows trailhead, we made our way to the Jackson recreation center to enjoy some pizza and desperately needed showers. Today the kids are floating the Yellowstone River in Montana with Montana Troutfitters, based out of Bozeman. Tonight, we will enjoy a delicious banquet dinner and reminisce about all the fish caught and stories from this once-in-a-lifetime trip.

Thanks for a great trip,

Will, Yantis, and the crew.