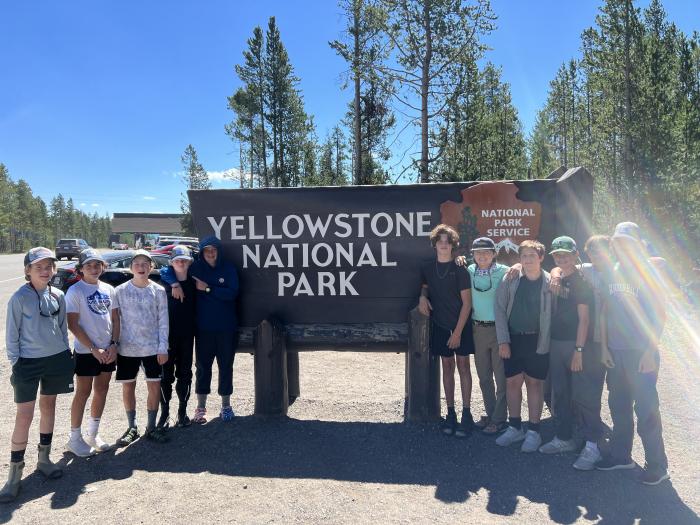 Hello from Bridge Bay campground in the heart of Yellowstone National Park! This morning we exited our three-day, two-night backcountry trip between Grebe Lake and Cascade Lake, both of which held massive native cutthroat and arctic grayling. We hiked our four miles out, hopped back in the van, and drove to West Yellowstone just outside the park to grab some much-needed showers and do some laundry. We loaded up on groceries, visited another fly shop, and headed back into the park where we are now, taking our time to visit Old Faithful, Grand Prismatic, and see some wildlife on the way. 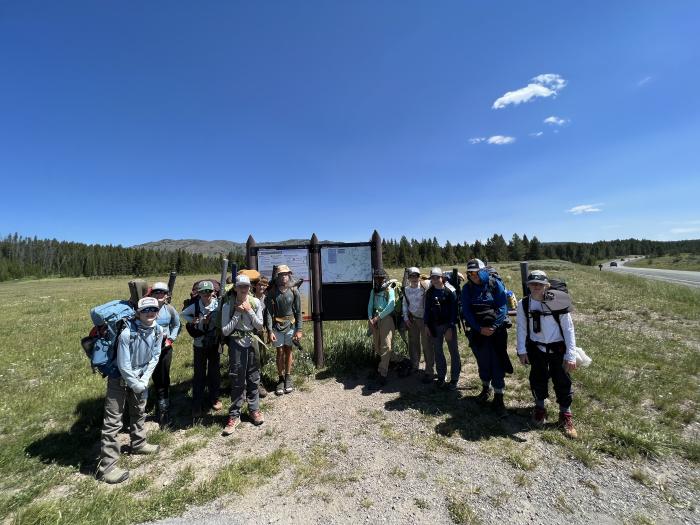 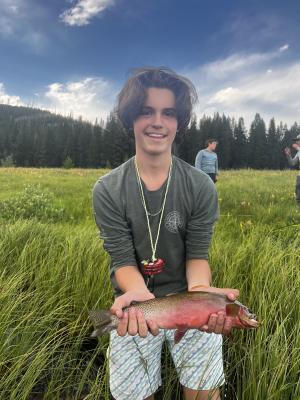 The backcountry was an absolute blast and was many of the boys’ first times backpacking — to do it in a place as special as Yellowstone and with dozens of massive fish along the way was a treat. We started hiking 2 miles to Cascade Lake, which was smaller and held native Yellowstone Cutthroat and grayling. After setting up camp, we set off fishing, with every kid catching at least a few fish before the day’s end, with over 75 landed as a group. Every fish was over 12” with the majority being between 16” and 19”. Next, we headed back to camp to prepare a classic Lillard meal — Buffalo Mac n’ Cheese — followed by some time sitting around the campfire for an hour or so telling stories before heading to bed. The following day we woke up, ate a quick breakfast, and fished a little before loading up our packs and heading to our next campsite at Grebe Lake. Grebe Lake proved to be some of the best fishing any of the boys had ever encountered, with many of them catching massive native Westslope Cutthroat trout on every other cast. The fish were big, plentiful, and beautiful, rising to sip our dry flies just a few feet off the bank. Every time we would see a little ripple, we would put our fly down right on top of it, and in a matter of seconds, there would be a fish on the end of the line. We settled down around the fire that night with smiles on our faces to eat dinner, set up tents and hit the hay. 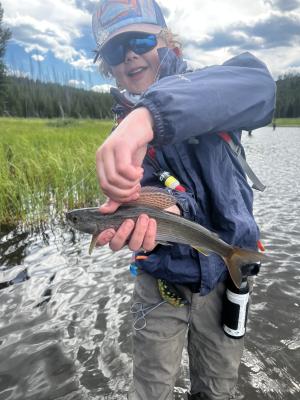 In the upcoming days, we look forward to spending some time around Bridge Bay fishing the plentiful frontcountry access sites that the park has to offer. We have plenty of options from Rainbows, Browns, and Brook trout on some small creeks and the Gibbon River, massive Yellowstone Cutthroat on the Upper Yellowstone, and Snake River Cutthroat in the Upper Snake River. This group has already come out of their shells, always staying energetic and showing excitement about what we’re doing, the fish we’re catching, and all the new adventures we have yet to experience. They welcome new challenges with open arms, are helpful, and are more than willing to learn new fly fishing, backpacking, and hiking techniques. We can already see that they are becoming more comfortable with casting, fly selecting, and reading water. We look forward to watching them morph into confident, independent anglers over the next nine days!

All the best, and looking forward to our next update on July 31st,

Eli, Max, Jack, and the gang