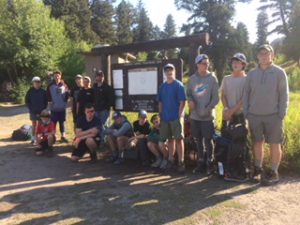 The Yellowstone Adventure has been busy soaking in the Boiling River and fishing hard in the  Slough Creek front country and backcountry since exiting our last backcountry.

After exiting the backcountry we headed to Mammoth for showers, laundry, and to fish the Gardner River. Unfortunately, a heavy afternoon storm upstream of us turned the Gardner into chocolate milk, but after all the backcountry fishing I think the group was just as excited to spend the day soaking in the boiling river and playing some intense games of Ultimate Frisbee. We also used the time to make a visit to the Mammoth Visitor Center and Backcountry Office, which is how we discovered that some cancelations by other groups opened up some additional permits on Slough Creek.

Slough Creek is one of the most famous backcountry fishing destinations in the word. Big Yellowstone Cutthroat inhabit every bend in the river as it slowly meanders through a series of meadows.  A trip to the infamous “2nd and 3rd Meadow” is like a pilgrimage for many fly fisherman. There are only 6 backcountry sites and backcountry permits to Slough Creek are the most sought after in the park. In addition to the 2 night permit that we already had reserved, we were lucky enough to get a second 2 night permit. So the group split into two groups again, with one fishing the backcountry of Slough Creek for two nights while the other stayed at the front country site, with easy access to the entire Lamar Valley and today we will be switching spots.

So far fishing in the Slough Creek backcountry and Lamar front country has been as good as its reputation. The group that went to slough creek were all able fool some of the big cutthroat that lurk in the meadows. The group that fished the frontcountry first split their time between catching numbers on Buffalo Creek and chasing big fish on the Lamar and Soda Butte. Both Groups are excited for the next few days, and specially the evenings as the dry fly fishing as both groups have been able to locate some great hatches.

We will send another update when the second group exits the backcountry on the 11th. Tight Lines, 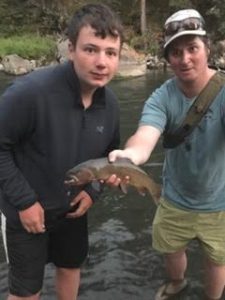 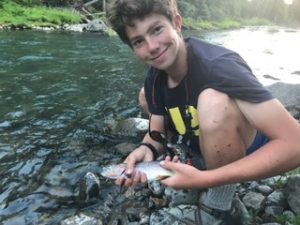 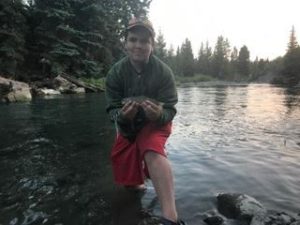