It has been an amazing few days!

During our time in Mammoth we enjoyed fishing the Gardner River and Obsidian Creek. We pulled cutthroat and brook trout out of both rivers. In the evening we soaked in the confluence of the Gardner and the Boiling Rivers. The aptly named Boiling River gushes hot water into the cool current of the Gardner, creating a priceless geothermal hot tub. Beyond hot spring soaks, we also had a real shower in Mammoth and did laundry in Gardiner before leaving Mammoth. 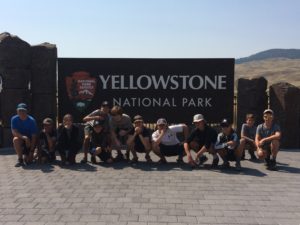 From Mammoth we drove to Tower Creek campground on Saturday. Huge tower-like rock formations line this stream before it plunges into the Yellowstone River in an amazing waterfall. From our campsite upstream of the falls we hiked up the valley and caught many invasive brook trout in pocket water. We saved some brookies for dinner that night. After dinner we drove to the Lamar River where we had some luck catching bigger cutthroat trout as the sunset in the valley.

On Sunday we slept in and had a big breakfast of eggs, sausage, and hash browns. After breakfast we hiked into the Lamar River. To our surprise a rain storm the previous night up-valley had muddied the water. We pulled a quick audible and decided to hike a ridge on the other side of the river. Climbing up the hill covered in glacial erratics and sage brush we took in the magnificent view of the Lamar Valley and watched bison and pronghorn graze. After the hike we had milkshakes and fished Tower Creek right at the campsite. 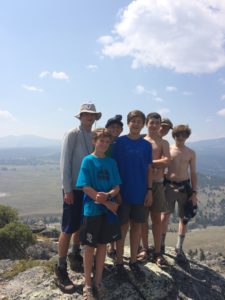 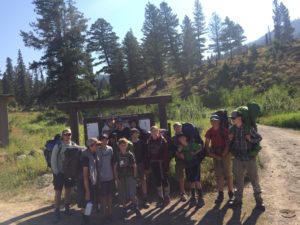 On Monday half of our group hiked into the Slough Creek wilderness while the other half camped at Pebble Creek. Slough Creek, a spring-fed stream flowing into the park from Montana, is always a highlight of our LFFE trips in Yellowstone. Multiple, vast meadows provide the ideal habitat for native cutthroat trout as the river meanders through the valley. 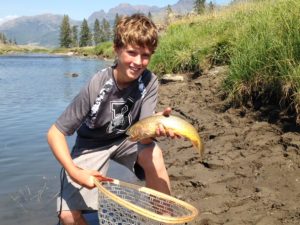 While our first group of anglers consisted of our younger and less experienced campers, these kids successfully landed some amazing fish up to 20 inches. We hope we have led some of our beginners to a life-time passion.

On Tuesday both of our groups met at the backcountry campsite after lunch. The first group hiked back to the front country and camped at Pebble Creek. The second group began their backcountry and stayed at Slough for the next two nights.

The second backcountry crew had similar success with large cutthroat. Both streamers and dry flies proved effective, fooling some of sloughs finest fish. 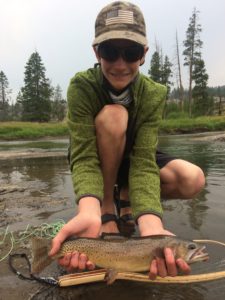 During the other group’s back countries the group in the front country explored Pebble Creek and the Soda Butte River. Pebble Creek cascades down a magnificent canyon and holds many cutthroat. Even those who didn’t fish enjoyed sliding off of some smooth bed rock in over which the river flows into a deep, clear pool. Other campers enjoyed fishing the larger pools of Soda Butte for bigger, but more selective cutthroat.

Earlier today we all met at the Slough Creek trail head. We are camping at Grant Village tonight, a good half-way point on our trek back to Jackson. Tomorrow we will drive to the Gros Ventre campground outside of Jackson. We look forward to three more action packed days in Jackson with our community service, white water rafting trip, and float trip. We can’t believe the trip has flown by so quickly.