Greetings from the Yellowstone Adventure!!

The boys just completed their first backcountry, and it did not disappoint! We hiked a little over 3 miles into a very untouched section of the park near Norris Geyser Basin. We set up camp along the banks of Straight Creek, a small, free-flowing stream that dumps out of Grizzly Lake short ways down the trail from camp. It is loaded with eager brook trout, and bunches of gorgeous fish were landed on dries! 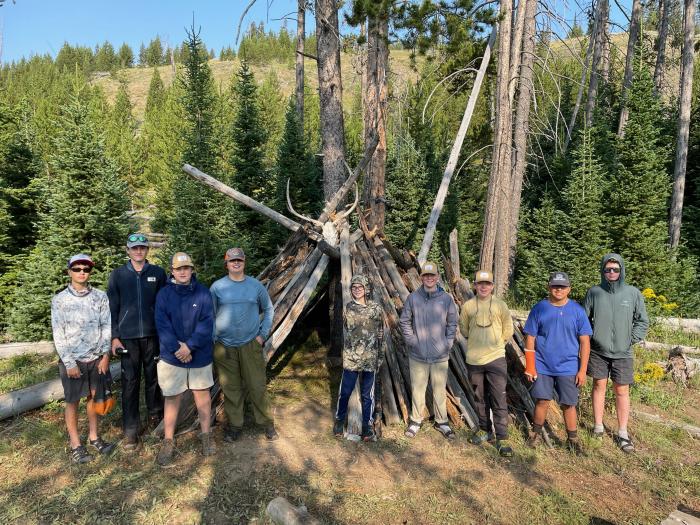 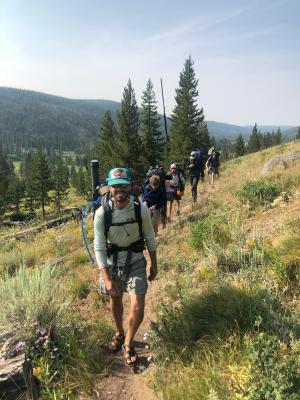 On the first night in the backcountry, we were greeted with some rain (a rare occurrence these days), and the boys all pitched in to help build a nice shelter with dead trees that we found to let us cook in the rain. It ended up looking quite nice and being very handy; a cool elk skull was placed on the top as a finishing touch. In the evening,, we hiked up to the lake to skip rocks, fish, and look for cool wildlife. We spotted several Moose but no bears. Perfect! The boys fished hard on the second day, and most campers caught double-digit brook trout. While they may not be the native trout in Yellowstone, they are among the prettiest and a perfect stepping stone as we get ready to target some bigger, tougher phish. . After the second night, we hiked out relatively early and headed to West Yellowstone for some well-earned burgers, and much-needed showers, laundry. We capped of our time in town with some ice cream to celebrate trip director Ethan's birthday. The boys also visited a couple of local fly shops before leaving to spend the night at Grant Village. 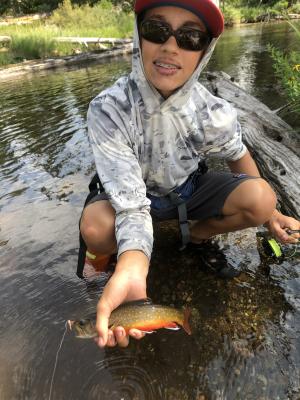 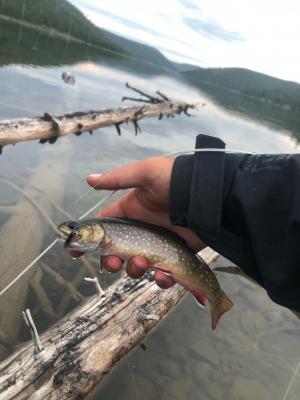 We will spend the next few nights fishing and sightseeing around the park, checking out Grand Prismatic Spring, the Grand Canyon of the Yellowstone, Slough Creek, Yellowstone Lake, and the upper Snake River before we head to Idaho for our second backcountry of the trip. We will be fishing one of Yellowstone's hidden gems. A slow meandering meadow stream home to some of the largest fish in the park, and the only way there is through Idaho. We will send another update before we head back into the backcountry on the 3rd.

Ethan, Henry, Rusty, and the boys