Good Morning, and Greetings from  the Yellowstone Adventure! 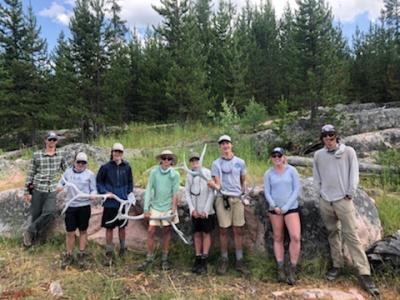 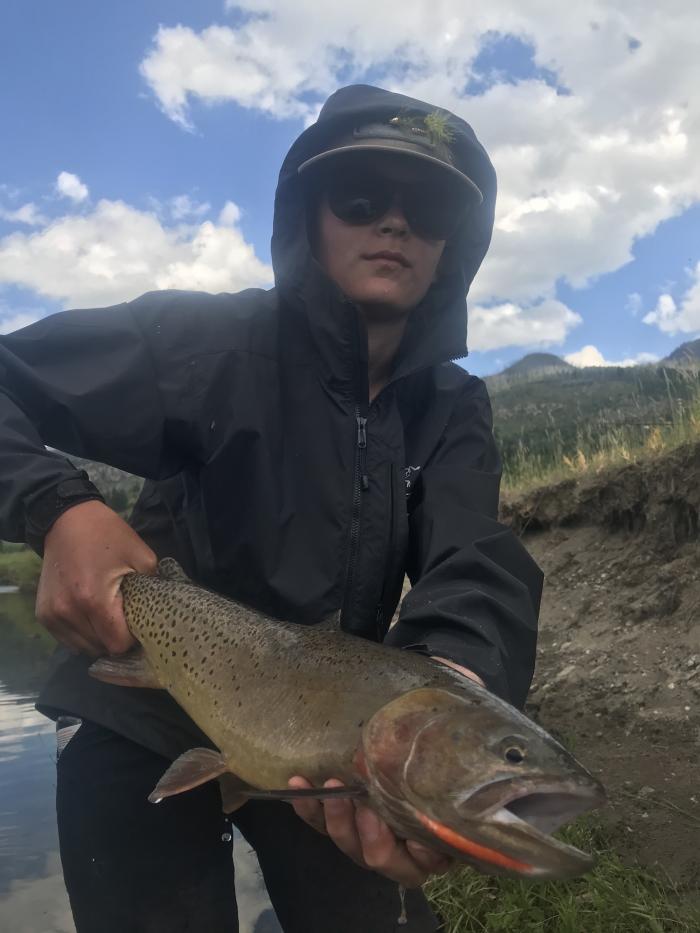 It has been an eventful  several days for this crew! Once again, we had the team split up into groups of 6 and hike into Slough Creek’s second meadow; this backcountry trip is usually the highlight of each summer at LFFE and it did not disappoint. Incredible scenery was matched by equally incredible fishing, as each angler caught at least one cutthroat over 16”. Better yet, the anglers got to catch fish using nearly every technique they have been practicing! Several anglers committed to throwing big streamers, while others fished hoppers in the slow and clear undercut banks of the meadow, and a few even tight lined nymphs for selective fish. All approaches were well received by the large, hungry cutthroat that call Slough Creek home. As a group, the largest fish of the backcountry was just over 20” 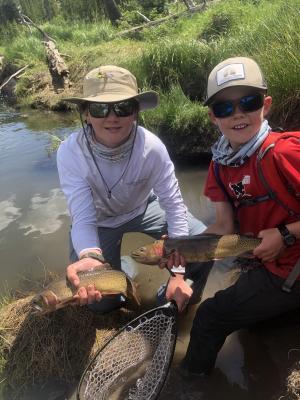 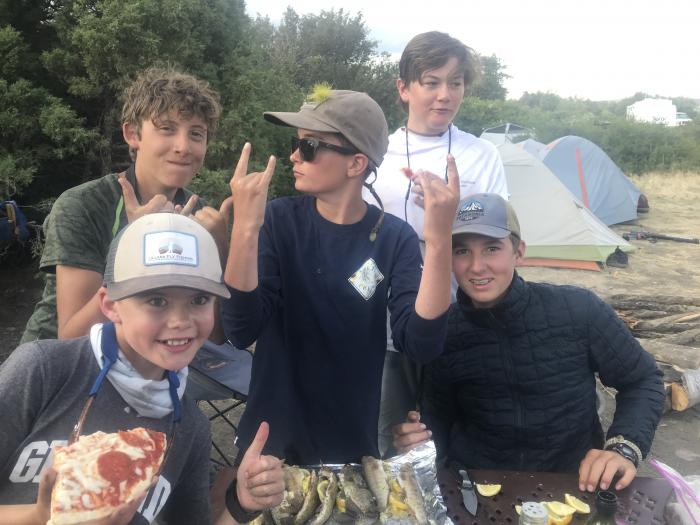 While each group spent their night in the backcountry, the other group spent a day in the front country removing invasive rainbow and hybrid cutbow trout from a small stream that dumps into the lower end of Slough Creek. While far from a typical LFFE service project, the work they did was still quite important and helpful in maintaining a healthy, natural ecosystem within the park. A man made fish barrier prevents these rainbows from entering Slough Creek and hybridizing with the native Yellowstone Cutthroat, but downstream these rainbows have access to the Lamar river and eventually the Yellowstone. Several of the finer specimens were cooked over the fire in tin foil with salt, pepper, and lemon for a wonderful meal as a reward for all of their hard work.

Today, we are heading into Gardiner to take showers and to have our ultimate frisbee tournament! Over the next several days, the crew will have plenty of time to fish some front country sites such as Soda Butte creek and the Gardner river leading up to their float with Montana Troutfitters on the idyllic stretch of the Yellowstone known as Paradise Valley. Its hard to believe this Yellowstone Adventure is nearly over, but the last few days should have some stellar fishing!