The Yellowstone Advanced Expedition wrapped up it’s final days with some excellent fishing on the Upper Yellowstone and a float trip down the South Fork of the Snake River. 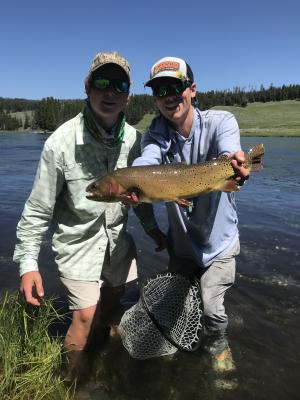 For our last days in the park, the group tried its hand on the Upper Yellowstone for some of the biggest Cutthroat’s that the park has to offer. The cutthroat in the Upper Yellowstone spend most of their lives in Yellowstone Lake, returning to the river to spawn in the spring. Once the spawn has finished some of these big lake fish hang out in the river for a while before returning to the lake. Though the fish are scarce in the Upper Yellowstone are fewer and farther between, they more than make up for their low numbers with their huge average size. As expected, the fishing was harder than most of the rivers we explored, but the group was up for the challenge and we ended up landing multiple fish, none of which measured under 18 inches. 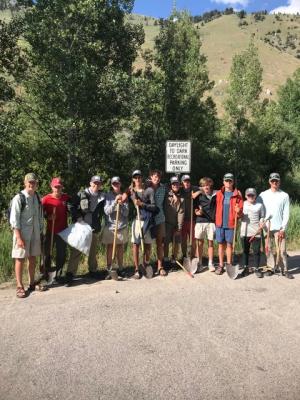 After a challenging but rewarding day of fishing, the group made its way out of the park and into Idaho where we prepared for our service project and the float down the South Fork of the Snake River. The next morning the group hopped in the van, after breakfast of course, and drove to Jackson where we worked hard to remove some invasive plant species located all over the Wyoming and Idaho wilderness. The group worked hard and even though our rods weren’t rigged up we found a way to have some fun while also helping out the areas we fished over the past few weeks. After completing our service, everyone was treated to pizza and a fun, competitive game of whiffle ball. After whiffle ball we adjourned back to the campsite for rootbeer floats and a good night’s sleep before the guided float down the South Fork. 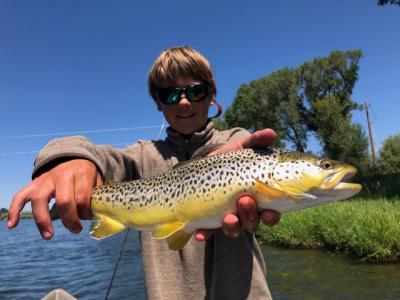 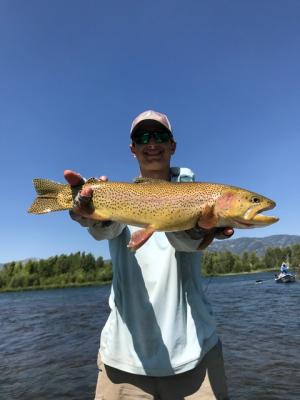 The next morning, we met our guides in Victor, Idaho at the local fly shop and from there the kids started their full day float on the South Fork. Every boat was able to land multiple fish, and by the time we met back up at the Fly shop in Victor, everyone was ready for a big banquet dinner at Sidewinder’s, a local restaurant in Jackson, Wyoming. 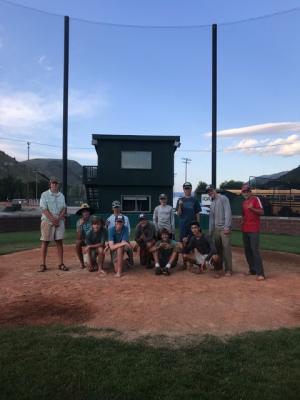 We arrived at the airport early this am. Our final flights have left the ground, and our trip has officially come to an end. The memories on the other hand will last a lifetime.