The Yellowstone Advanced Expedition wrapped up its first backcountry trip with a lot to be excited about. For our first backcountry, the group split in half, one part fishing the famous Upper Snake, and the other making the trek from the the wild Heart Lake along the Heart and Snake Rivers back to the south entrance of the park. Both treks were challenging and the fishing required persistence, but with the chance at a 20+ inch the boys were up to the task. 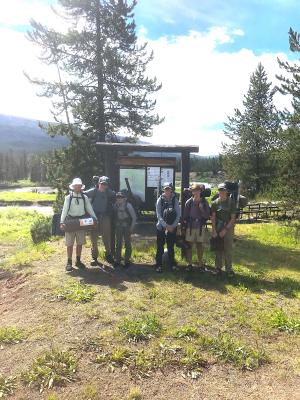 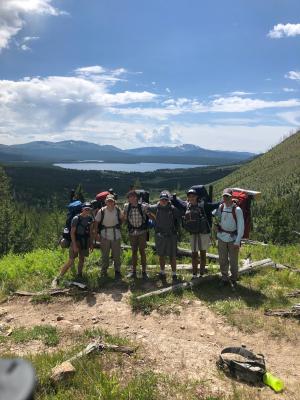 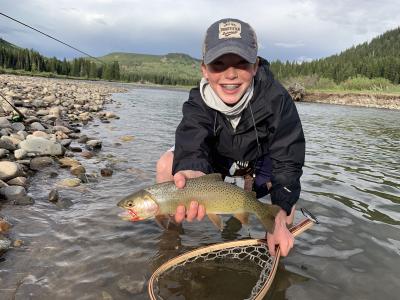 Everyone in the group that headed into the Upper Snake found success fishing hoppers to hungry, Snake River Cutthroat Trout. Everyone landed multiple trout, including a few absolute lunkers and plenty of white fish to keep the rods bent. At night after fishing the river, we feasted on big backcountry dinners of buffalo mac and cheese, as and pita pizzas. 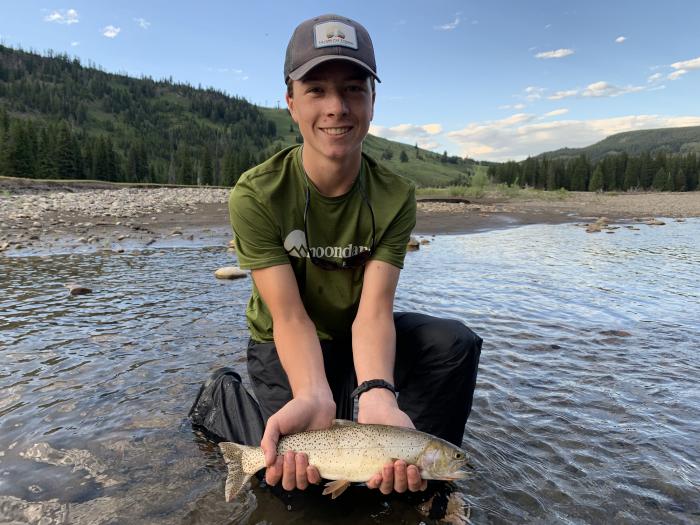 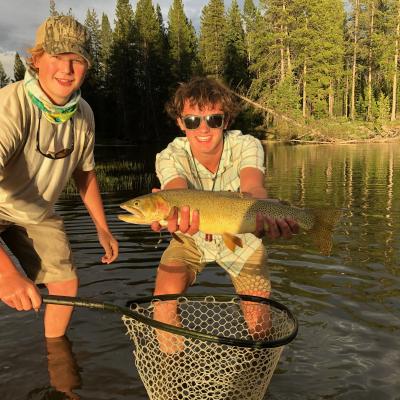 The group that ventured into Heart Lake new the fishing would be difficult, but the reward could be an absolute fish of a lifetime. The fishing started out slow on Heart Lake, but when the wind settled down the group found their groove, and everyone had a shot at a true Heart Lake Monster. For the next two days we trekked through one of the most remote parts of the park, which is where the fishing really turned on. Our campsites at the outlet from Heart Lake (on the Heart River) and the following night at the confluence of the Heart River and Snake River produced some absolute river monsters. Multiple trout over 20 inches were landed and the hike was worth the effort, especially considering we didn’t see another fisherman on the water the whole time. 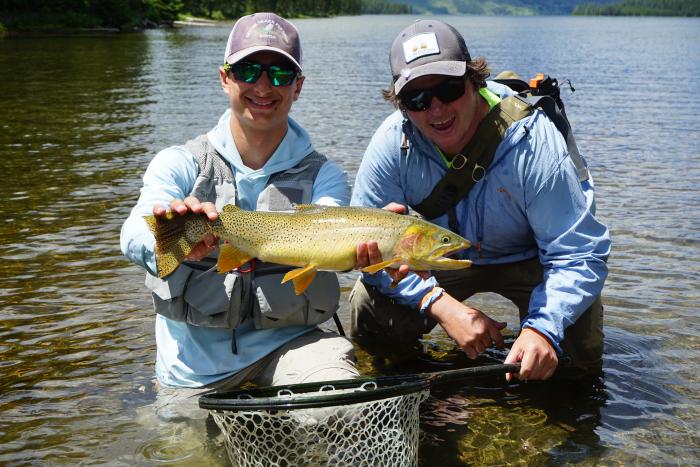 On the final day in the backcountry the groups met back up along the Snake River and hiked out together. The excitement was high as they shared their stories of big fish landed, lost, and scene. Once out of the backcountry we headed to our campsite located near Yellowstone Lake. Here, everyone was able to take some well-deserved showers after a long four days in the backcountry, and then enjoy a big meal of Pesto Pasta. 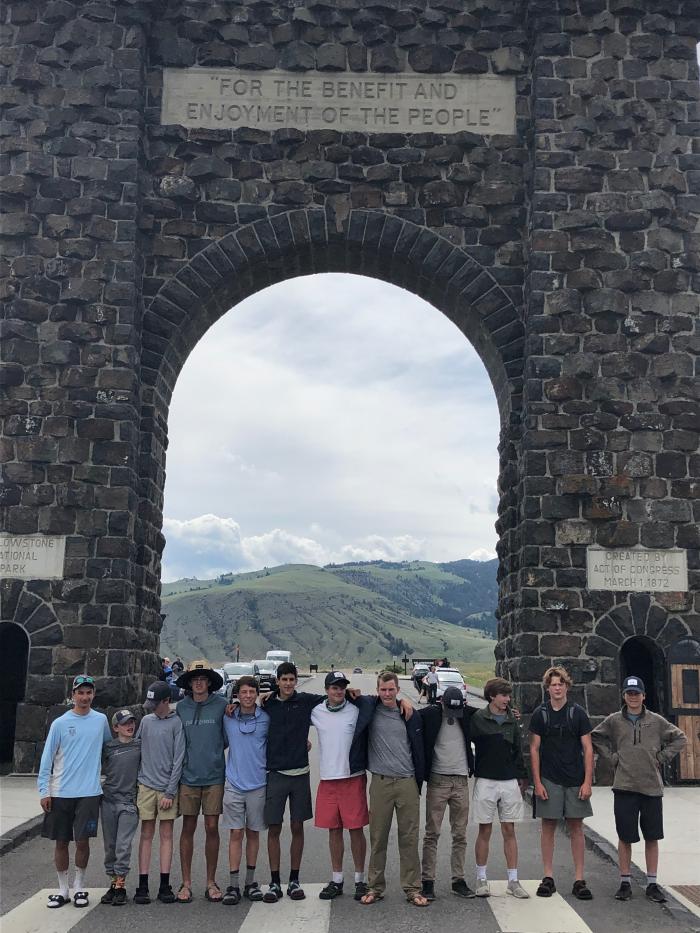 Now that the backcountry is over we will be setting out on our next adventure to Mammoth Hot Springs, located on the Western side of the park. Here we will have the opportunity to fish the Gardiner river which is infamous for having big Brown, Rainbow, and Cutthroat Trout. But the fishing isn’t the only attraction in Mammoth. After fishing the Gardiner the group will travel to the town of Gardner just outside of the park, so we can do laundry and restock on food. This is also where the group typically takes a break from fishing to get together and play a fun game of whiffle ball before hitting the river again. The evening hatch on the Gardiner almost never disappoints, and we usually have the river all to our self. After the Gardiner, the group will start preparing for our next backcountry on one of our favorite rivers, Slough Creek. We will send another update when we exit the backcountry on 7/23.