The Yellowstone Advanced Expedition ventured to Slough Creek four days ago, ready to explore one of the parks most famous rivers. Slough Creek is divided into four meadow sections. The front country section that is along the road to the campground, and the legendary first, second, and third backcountry meadows. For the backcountry, the group once again split into halves. Half the group stayed in the front country campground on Slough Creek, while the other half hiked into the backcountry for the first two days. Then the groups reversed places for the next two days. 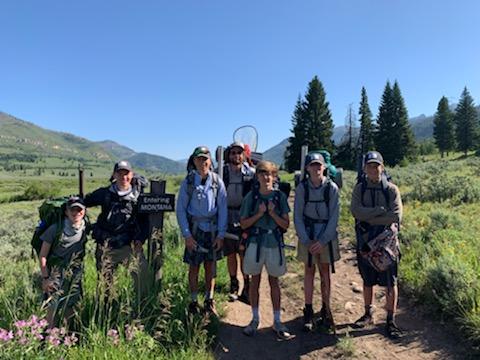 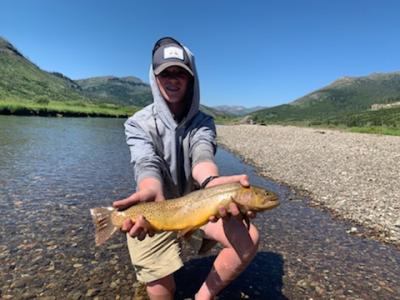 The groups started off with the shorter hike to the second meadow, where we ran into some excellent Cutthroat trout fishing. Once camp was set up and everyone had their fill of summer sausage and cheese on a bagel, the group set up their rods and hit the water. Everyone was able to land multiple cutthroat trout in the second meadow, which ranged everywhere from 12 to 20 inches.

After a day of fishing in the second meadow, the backcountry group ventured out even further to the third meadow of Slough. Ranging from about 9-12 miles from the trailhead where fly fisherman are more scarce and big cutthroats loom around every bend of the third meadow. Here the group saw some of the best fishing on the trip, and we were able to land many of the biggest cutthroats in the Slough creek system. 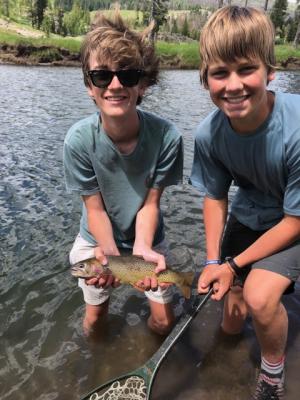 While our backcountry group fished the less populated parts of the river, our front country group took on the task of fishing lower slough, which typically sees a lot of action from the parks many visitors, coming to land a big cutthroat trout without having to hike. Even though this section is a bit tougher to fish due to pressure, both of the front country groups were still able to land some absolute monsters. While in the front country, we also fished the scenic Lamar River, and one of its tributaries, Soda Butte. Both locations offered up a lot of hungry cutthroats for the kids to catch, and even though we weren’t in the backcountry, the pressure that these rivers get didn’t seem to stifle the trout’s appetites. Once the second group completed their time in the backcountry, everyone met back up at the trailhead to trade fish pictures and stories of the awesome angling that was experienced in both the front and the backcountry. 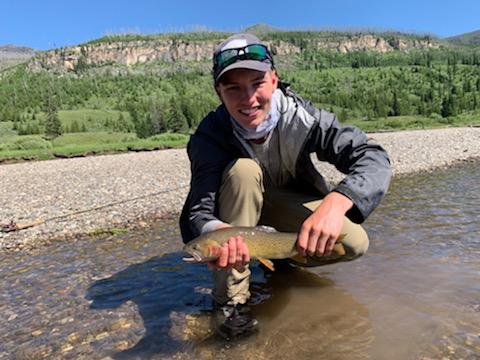 After leaving Slough this afternoon everyone headed back to the Gardiner where we will fish for the day and take some well-deserved showers. Now that our backcountry expeditions are over, the group is looking forward to fishing the Upper Yellowstone river for the lake run cutthroats that inhabit the section of river above Yellowstone Falls and below Yellowstone lake. These fish live a large part of their life in the lake where they can grow over twenty inches. Then finally we will wrap up our time fishing in the park at the Bechler river, chasing big rainbow trout. The next few days will be some of the most challenging fishing of the trip but with our group's skill and a little luck, we will land the biggest fish of the trip.