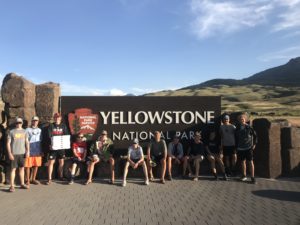 The past few days of the Yellowstone Expedition have been filled with big fish! For our first stop the group tested their skills on the Upper Yellowstone River. There the group found themselves fishing for humungous cutthroat trout on one of the biggest rivers in the park. Everyone had a chance at some of the biggest cutthroat Yellowstone has to offer. One full day of fishing on the Yellowstone ended up being worth it as we were able to land a few monster fish. Those who didn’t want to fish the whole day on the Yellowstone took a small site seeing tour around the park. After a day of fishing for big trout and enjoying the scenic wildlife of the park, including about twenty bison, the group went back to camp for a big dinner before our drive to the mammoth hot springs.

The next day, our group ate a quick breakfast and broke down tents for our drive up to Mammoth. On our way, we made a stop at a small trout stream called Tower Creek. At the creek the group enjoyed some easier fishing for brook and rainbow trout. Everyone was able to catch multiple fish within only a couple of hours, so we ate lunch and decided to fish something a little more difficult. Our next stop was Blacktail pond, which holds some monster brook trout. The pond was definitely more of a challenge however we ended up seeing multiple fish and landing one of the biggest brookies I have ever seen in the park.

After the pond we all hopped back into the van and headed for our final destination in Mammoth on the Gardiner. On our way up the group spotted two black bears and of course more bison! Once we got to our campsite the group quickly put their tents together so that they could fish the evening hatch before it got too dark out. Everybody came back from the river having either hooked into a fish or landed one, which made everybody excited for the upcoming full day of fishing on the river. Once everyone was done fishing, we sat down for a dinner of grilled cheese and tomato soup. Then once it was fully dark, we made a campfire and had some s’mores to celebrate a successful day of fishing.

The next morning, we all decided to sleep in a little bit, then once everybody had eaten breakfast, we split up into two. One half of the group fished the Gardiner around the campsite for big browns and rainbows. The other half of the group went up to the confluence of Obsidian and Indian creek to do some small brook trout fishing. Both groups were able to land multiple fish, including some huge brown trout out on the Gardiner. Once everyone met back up at camp, we decided to play a quick game of kickball at the nearby field before we packed up the van and headed to town to take some showers and do laundry. Once we were all cleaned up, the group was treated to a big pizza dinner from a restaurant in town.

For our next few days the group will be making their way to the Lamar Valley for more native cutthroat trout fishing. Our first stop will be Soda Butte where the group will fish and prepare for the upcoming backcountry into the infamous Slough Creek. 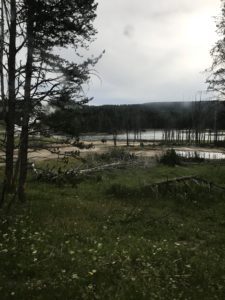 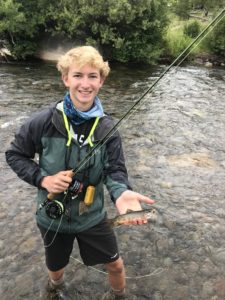 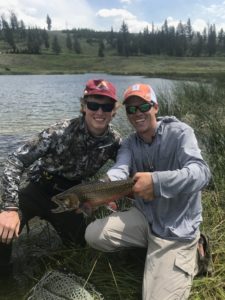 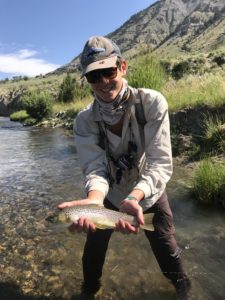 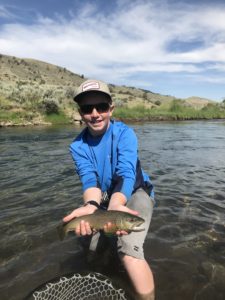 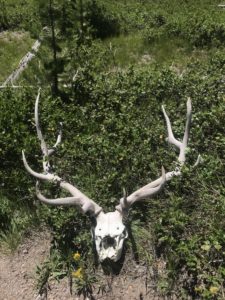